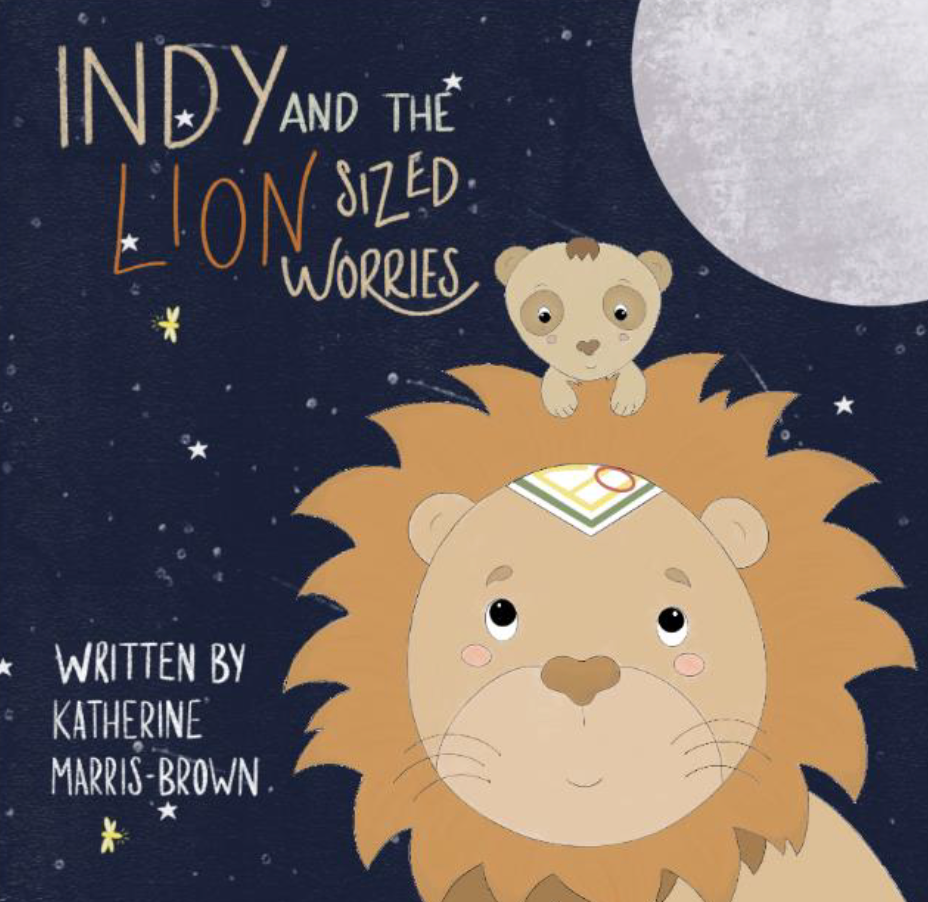 The children’s publishing theme from Save our Seas! continues in this blog with a focus on one of the other projects undertaken by MA Publishing students through 2020-21: Indy and the Lion-Sized Worries.

In this case, the team received a brief from a community interest group (CIG) working to support primary school age children who find it a challenge to communicate their emotions  clearly.  The CIG had created a soft toy lion with three armbands in a backpack: a green armband for children to wear on days when they were feeling positive, an amber one to indicate when they were feeling unhappy, and a red one to signal times when they were struggling and needed extra support. They had also produced a draft story which explored complex emotions in a child-friendly manner – but weren’t sure how to progress things from there. That’s where we stepped in!

The team who undertook this project (led brilliantly by Editorial Lead Abbie Howard) worked with the client to develop the concept and then fully copyedited, illustrated and typeset the final product. This was a huge accomplishment, and the design work produced by Evie Sully (Head of Design) and Rebekah Meek (Design Assistant) is industry-standard. In fact, the final output is now under consideration at a commercial publisher and the client has asked to work with the team in an ongoing capacity after graduation – endorsements which speak volumes about the quality of the material produced.

One of the biggest challenges the team faced was around realising their client’s vision for the character of Indy. They worked on this in an iterative way and in discussion with Associate Lecturer Dan Chamberlain, refining initial designs to develop Indy’s personality. Look at how the placement of the eyebrows has altered in the examples below – it’s a small change but one that helps to communicate a sense of the character’s growing maturity:

As well as character illustration, the team spent a long time researching how children’s books use typography and layout to support the narrative and add visual interest. Rebekah Meek’s work on this side of things was hugely imaginative. Making sure form reflects meaning is an important way to communicate ideas to a young audience, and Rebekah put that knowledge into practice very effectively, as you can see from these samples:

Reflecting on the process of creating Indy and the Lion-Sized Worries Lynda Cooper, Lecturer in Publishing stated:

“This was a phenomenal achievement by the team, who took the idea and ran with it. I think anything that helps children to express their needs in a simple way so they access the support they need is of huge value, and I’m excited by the real-world potential of this project too. Well done to all involved.”